Family Day: Children the focus of a day at ERG 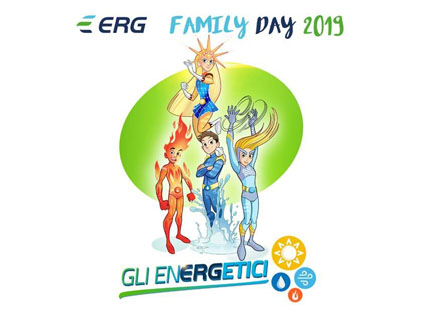 3 dates, around 100 children and over 130 guardians: these were the numbers from the most recent ERG Family Day. Held at the Genoa, Terni and Syracuse sites, the event is dedicated to children of ERG people aged between 2 and 12 years old. For the fourth year in a row the event was organised in collaboration with Legambiente which held workshops - tailored to the ages of the participants - on the theme "What tree are you?".

Armed with circular sections of trees, card, wax crayons, pastels and brushes, the children were able to create characters and build their own trees. New for this year was the "ERG Quiz", 10 multiple choice questions which enlivened the opening introductions. Designed to stimulate the interest of the young audience in the ERG world, the children answered the questions out loud, showing themselves to be genuine "ERGexperts".

The questions were tailored to the ages of the children and included a number of incorrect and deliberately strange answers in order to capture their attention. The mascots of ERG Family Day were once again "Gli Energetici": the superheroes that represent the forces of Nature from which ERG draws its energy.

The first event was on Tuesday 4 June in Genoa, and was followed by the events in Terni (Thursday 6 June) and Syracuse (Friday 7 June).

Family Day is both a celebration and an opportunity to raise the awareness of children with regard to respecting and taking care of the environment in which we live: because it is never too early to start! 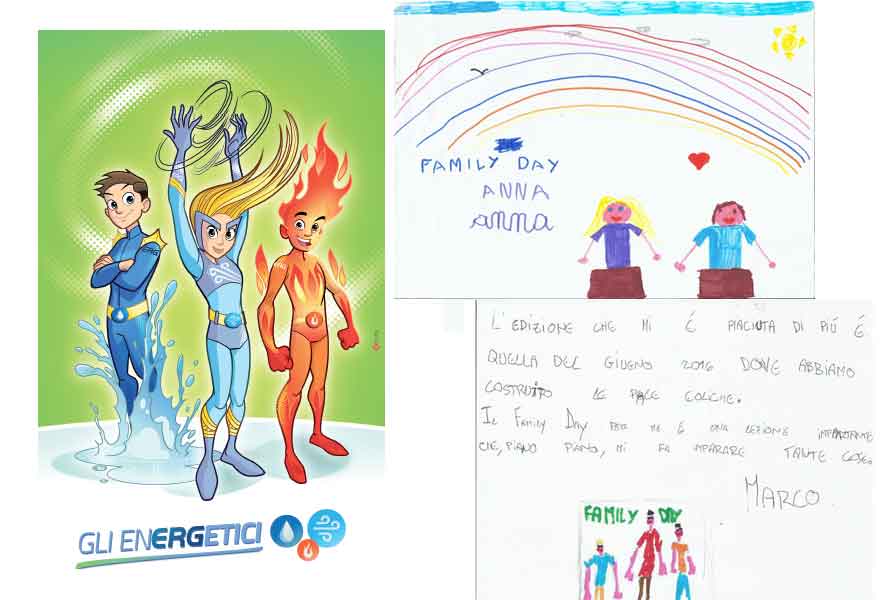