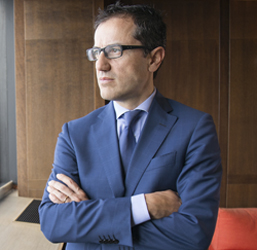 Born in Milan on 24/06/1971, he graduated in Electrical Engineering from the University of Pavia in March 1996.

After doing his national service at the Italian Red Cross, in June 1998 he was awarded an MBA in Finance from the Eni "Scuola Superiore Enrico Mattei".

As from 2014 he is the Manager Responsible for preparing the Company's financial reports.


Other positions held in the past

From October 2015 to January 2018 he was member of the Board of Directors of TotalErg S.p.A.

He previously worked for around 7 years as a financial analyst covering the European Energy and Motorways sectors at Intermonte, a leading brokerage firm owned by the Monte dei Paschi Banking Group. At Intermonte he was also a "specialist" in ERG stock when ERG joined the STAR segment.

Outside of work, his biggest passion is sport, particularly cycling (racing and mountain biking) and skiing (alpine and cross-country).