The oasis of Alviano 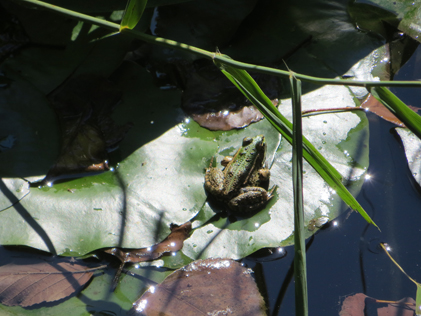 In the eastern part of the Alviano lake, slightly upstream of the dam of the same name, there is an oasis that occupies around 400 of the lake's 900 hectares which hosts many resident bird species and, thanks to its geographical position, has also become a stopping point for migratory birds. It has all the typical features of humid freshwater areas - marshes, a pond, swamps, a water meadow, one of the largest woods in Central Italy - and is home to a huge number of bird species, such as great white egrets, stilt birds and ospreys, and many different amphibians, such as crested newts and agile frogs.

The "Heronry" is home to over a hundred mating pairs of grey parrot, cattle egret, little egret, squacco heron, black-crowned night heron and cormorant. The mammals that live in the oasis include foxes, boars, badgers, porcupines and hedgehogs and extremely rare wildcats. Furthermore, in 2019 as part of the "Bee Safe" project launched by the WWF, an "insect garden" was created in order to attract several species of pollinating insects. This year's activities involved the maintenance of the "flooded prairies", which, following the flood of 2012, were filled with mud, with a significant variation in morphology and the consequent growth of weeds.

With the mud having been removed in past years, activities in 2018 and 2019 concentrated on the cutting of weeds which, reaching up to 4 metres high in some places, prevented many birds from stopping and blocked tourists' view of the species. Moreover, a drystone wall was built to improve a section of the Oasis by providing a passage for reptiles.

These measures immediately revitalised the Oasis from both a natural point of view and in terms of tourism, which saw considerable development: in 2019 the Oasis welcomed around 6,700 visitors. The redevelopment of the watchtower, the refurbishment of the observatory and the educational workshop, and the creation of a photography hide by the pond on the water's edge contributed to improving the touristic attraction of the site. In particular, around 1,400 photography enthusiasts were able to develop their passion at the Oasis.

Thanks to hides perfectly integrated among the wildlife, ideally positioned in relation to the sun and close to the feeders that attract the animals, we are able to offer a suitable environment for those devoted to this hobby. There were plenty of visits from school pupils who were able to study the life of the marsh in a laboratory equipped with microscopes, cameras and screens, gaining first-hand experience of all the phases of a biology research project. The events organised for industry experts, which offered an opportunity to discuss naturalistic topics, were extremely well received.

Thanks to an agreement between ERG and the province of Terni, the Oasis of Alviano has been managed by the WWF since 1990 and is currently one of the top locations in Italy for nature photography, drawing enthusiasts from around the country to capture the beauty of its views.
WWF -The Oasis of Alviano
The Oasis of Alviano
Page updated at 8 Apr 2020