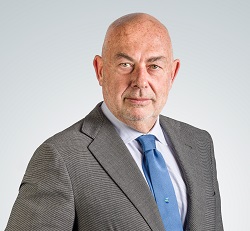 Edoardo Garrone was born in Genoa on 30 December 1961. He is the father of five sons.

• Chairman of the Board of Directors of San Quirico S.p.A. (Holding Company of the Garrone/Mondini Group)
• Chairman of ERG Group


Education
He obtained his high school leaving certificate from the Real Collegio Carlo Alberto in Moncalieri (Turin). He graduated in Political Science at the Alfieri Institute in Florence and later took university courses in Economics and Finance in London and the USA and a "Business & Administration" course for junior company managers at INSEAD in Fontainebleau.