On and off planes, this year he has taken 200 flights the length and breadth of Europe. From Romania to Poland and the United Kingdom and all around municipalities in central-southern Italy, Daniele has been in the field for years, wherever a wind farm needs building. He is a globetrotting Sicilian, but, more importantly, he is also a project manager. At ERG since 2007, he has taken part in projects for the installation of over 400 MW of wind energy.

"Whoever I talk to, from Local Authorities to the owners of the land where we will be installing the turbines… I am always surprised by their welcome. This is my daily confirmation that we are not just growing in terms of business, but we are bringing the prospect of a better future to people"
with projects that are all about clean energy and sustainability. Projects that lead straight to the heart of the revolution promoted by Europe, with the UN objectives of sustainable development and climate agreements.
"People", reiterates Daniele, "see us as a green company and they realise that this is something important, that we are all moving in the same direction towards sustainability and they want to be a part of the project."

When he came to ERG, the company was still undergoing transition from the oil to the renewable fuels sector. With a background in civil engineering, Daniel still had a lot to learn about renewables. As had a lot of his colleagues. It is no mean feat to learn new skills and understand new logics, often changing tasks and horizons. Daniel studied, learnt on the job and followed the entire ERG roadmap, right from the early projects to date.

"A lot of it has been my own effort, but I have been lucky enough to work in a company that has supported me and where growth is a consequence of merit."

Whether behind the nuts and bolts of a wind turbine, at the buttons of a switchboard or among the papers of an engineering project, the daily actions of those who work at ERG are driven by a single idea: that they are Green Energy Makers, people who create green energy. 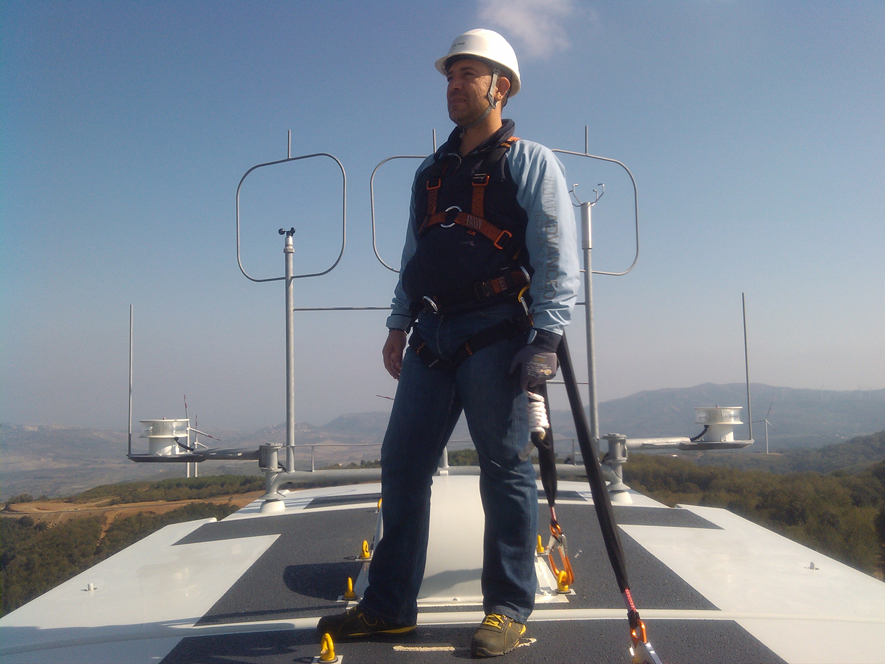 "I feel I am a Green Energy Maker: my colleagues and I are an active part of a new mindset in energy production. What does this mean at ERG? It definitely means being a conscientious person who feels they are part of something bigger, every day!"

Accent is on the word "Green", renewable energy in synergy with nature, and also on the word "Maker", which today has taken on a new, powerful, meaning. Makers are modern-day craftsmen who, thanks to new technologies, have brought new momentum and prospects to the art of "knowhow". A concept that, in its own way, finds new interpreters in ERG people: from "nuts and bolts" to dispatching, from construction to management, ERG is present at every stage of the chain in the industrial logic of "knowhow", tangibly out there on the territory.

"We are in close contact with the local population and workers; we provide our real experience of knowhow and people have today learnt to recognise us also because of this." 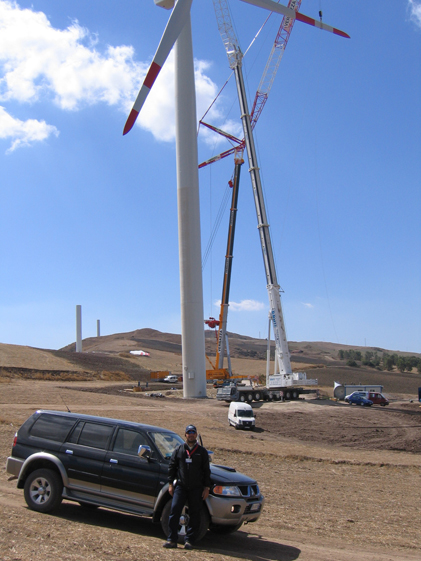 That's right, because behind a wind farm there is more than meets the eye, there is the spreading and specialisation of new knowledge. There are the effects in the area in question, today's question of roads for example. Disused, badly maintained roads that are being repaired and returned to the community.

"We must make sure they are in a condition such that we can use them for transporting the materials needed to build the turbines: we need to eliminate the potholes and damage to the road surface, making them safe to allow for transit of the HGVs that transport the parts of the wind turbines, create road links to the chosen site. In Calabria, for example, for the wind farm in Fossa del Lupo, the second largest in Italy, we entirely rebuilt a provincial road, returning it fit for use to the area, which covers no fewer than three municipalities."  Green. Energy. Maker.
Page updated at 9 Jan 2017