On 2 March our Chief Human Capital Officer was invited to an interesting debate entitled "Organisational success: from dream to reality. Implementing values, skills, passion and listening processes to develop dream organisations". This was the second edition of the event organised by Eutropia (link), which strives to develop people and organisations by placing the emphasis on organisational wellbeing and performance.

We asked Alberto to tell us about the experience and the key messages of the event.

The title of your talk was "To create a great company you need three things: a dream, an idea and a deadline...": can we really associate the word ‘organisation' with ‘dream'?

Yes, organisation and dream appear to be the antithesis of each other, an oxymoron almost!
For decades the concept of organisation was dominated by Fordian, Taylorist paradigms: organisation meant the "scientific organisation of work", i.e. something that "boxed in" the factors of production, generating synergies.

If I look back at my 30-year "career" as an organiser, I would say that I spent all my time trying to go beyond this paradigm. I have never stopped dreaming of better ways to bring together people, technology and finances to enable companies to support the business development process in a more efficient way.
I could talk about 3 dreams, one for each decade. In the 90s my dream was "participation".

Italy was still a manufacturing country at this time. There were large factories and shift work with masses of workers going in and out of the gates in their blue uniforms. It was a world in which people were considered the second derivative of automation. It wasn't possible or didn't make sense to replace them with automatic systems. Mass production organised people in such a way as to obtain increasingly competitive costs yet a price was paid in terms of quality. My dream originated in the Land of the Rising Sun, where my studies in lean manufacturing taught me that there were models in which factory employees could also be engaged and continuously motivated by their work. Kaizen ("continuous improvement" in Japanese), TPM (Total Productive Maintenance) and Kanban ("signboard" in Japanese, an inventory control lean manufacturing scheduling system) were new organisational paradigms that hinted at the promise of a new dream.  The dream was to put people at the centre. The increase in the quality level of products and services was also determined by the value of the contribution of People. Another sign was the significant fall in levels of absenteeism, a phenomenon stemming from the liberation of People's energies and their greater involvement in the production process.

With the end of the factories and mass production, the new expectations of customers in the first decade of the 2000s could no longer simply be managed with lean manufacturing processes.

My second great dream at the start of the third millennium was therefore that of integration.   A "sequential" world in which someone designed the product, someone developed it and someone manufactured it was no longer feasible. Product development processes became horizontal (Project Management) and people began to be organised according to horizontal process rather than by department. Traditional factory hierarchies made way for new business models that leveraged on the ability to organise skills.

This was the great dream of 2000 – 2010, one on which many major businesses have built their success and their high quality products and services.

At a certain point it seemed to me as if businesses had decided to forgo the organisational lever. Tired of mechanistic models and pressed by the growing complexity of the processes, it was increasingly common to hear people say things like: "Organisation isn't necessary, let's hire some good leaders and everything will be fine." The concept of leadership was abused and this led to spontaneous, improvised organisations where the logic of "everyone being on the ball" held sway.

The reaction was a new dream: the dream of talent. We are very familiar with this at ERG... it is a new lever, a new model. A dream organisation is able to free the energies and talent of its people simply by allowing them to express themselves.
Our HCC (inserire qui link alla pagina di dettaglio), which taps into this energy and expertise, can be viewed in this context, where we have organisational models rather than little boxes with hard and fast rules.

Who attended the event and what issue aroused most interest?

The event was attended by HR Managers and the theme of Human Capital Coverage has sparked great interest in the so-called scientific community. They like it and are interested in it because of its mechanistic feel, even if this is only in the final part of the process.

I also talked with the other speakers (Mario Di Loreto, Director of People Value at TIM, Antonella Stefanelli, International PR &Communication Manager at Sanpellegrino Nestlè Waters Italia, Chiara Bisconti, Wellbeing Councillor of the Municipality of Milan, Rosanna Gallo, sole director of Eutropia), receiving further confirmation of the great interest it has aroused: proof that we are all moving in the same direction even if with different experiences and on different paths.
Everything revolves around the same problem: financial and technological resources no longer offer a competitive edge. As such, we have to draw on the human element, the value of people, because people are universes waiting to be explored!

Saturday 26 September 2015, in Turin, at Lingotto Eataly, a national meeting packed with workshops and presentations took place: Fiesta! It brought together Human Resources Directors, corporate executives, media writers and managers, and was organised by EEC, the European School of Coaching, in occasion of its tenth anniversary.

"Human resources, excellence, coaching: demands do not excel" Let us start from the title of the seminar. What is its meaning?

The title of the seminar deserves to be explained better. We can try to frame it in the dualism between "Perfectionism & tolerance". Our managerial culture is constantly striving for perfectionism, we have been taught not to simply do things well, but to do them extremely well.

Today, in modern organisations, this striving needs to be tempered, to allow people to express themselves at their best, following their own personal propensities and their creativity. In dynamic and changeable business contexts such as the present situation, one should relieve the pressure on excellence and let people express themselves freely, without too many fears of making mistakes. The ideal scenario would be to adopt the trial & error approach typical of research, which starts without any aims and does not contemplate failure: it is useful because every error is the confirmation of a wrong hypothesis.

Demands and excellence: what connotations do these words take in the coaching sphere?

The aim of coaching is to help people find new roads and new solutions; in managerial terms, it means to change behaviour to reach different solutions, through experimentation and discovery. It is necessary to be open to making mistakes and to accept risks. Perfection, which in itself is unattainable, risks generating frustration, and there is the need not to repress the ability of people to generate new ideas.

What arguments were covered during the seminar?

A seminar with corporate case studies allows going way beyond the theoretical approach, but above all it prompts a deluge of questions. The interactive phase with the audience, composed of around 200 company employees, resulted in a great Q&A session. Today ERG is amongst the companies advocating best practice and our motto "We seek talent in people, not people with talent" arouses a lot of curiosity and always inspires the audience.  We cannot base ourselves any more on technical skills alone, we need to include also the wider expertise of people... from expertise to intelligence.

Is there a road toward excellence?

It does not exist. Excellence is a false construct, it is a term that has been used and abused, and is purely theoretical. The secret to success is to never stop, to continue to strive to improve. 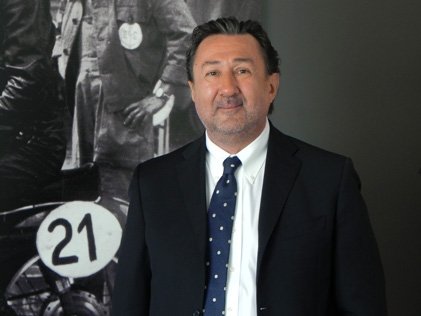 Brief description of the event: The event, moderated by Rosalba Reggio, journalist and Web TV manager at Il Sole 24 Ore, addressed the issue of error management as a possible tool for growth and renewal, calling for a healthy reflection on the importance of an error management culture, recognising it as resource that should be capitalised on, both at a professional and "personal" level, rather than demonised.

"How does ERG manage errors?"

In general, the management culture has always had trouble accepting the concept of "making mistakes". Errors have always been viewed as in conflict with the basic principle of performance management: hit or miss. The target must be achieved, anything short of that just isn't good enough! This lack of flexibility has encouraged the spread of "defensive" attitudes and punitive mechanisms.

However, increasingly complex business models are forcing us to leverage the creativity of people to a greater extent, therefore the capacity for error – something that should be concealed – is beginning to be considered as an element to be studied in order to understand its causes and enhance the organisational fabric.

In ERG, our lever for change is our new approach with regard to the talent of our people. Allowing people to express their unconscious skills necessarily involves a more experimental approach to working (trial and error). This theme is full of subtleties, it is not black or white. In professional and in everyday life, making mistakes is a normal part of the growth process. In the history of ERG, many of our greatest successes have stemmed from our ability to capitalise on our mistakes. 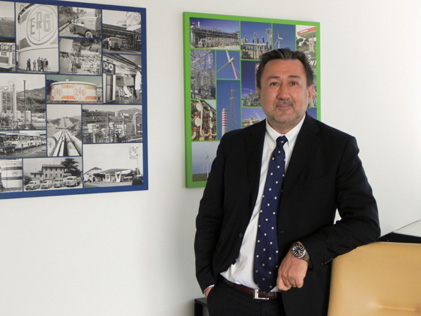 "What is the biggest mistake that you have made?"

In 2003, I was sent to Chicago to manage the integration of processes as part of a major acquisition project. The objective was to integrate the two organizations and, as sometimes happens in these cases, my company's approach was rather "colonialist". After a year and a significant loss of market share, I knew something had gone wrong and it was necessary to rethink certain processes, which gave rise to a new approach, a hybrid of the two, enriched by the combination of the experiences of the two companies. This discovery and the respect for diversity were crucial for the transformation process. There you have it: I can say that in my professional life, my biggest mistake was not to value diversity as an opportunity on one very specific occasion...

There is a Japanese saying that the nail that sticks out must be hammered down ... well, maybe it's better to let a few nails protrude in exchange for an enriching contribution. We must have the courage to turn diversity into opportunity, even if it is difficult for the human mind to comprehend.

"So, can you give some advice to us and our readers ... How can we capitalise on our mistakes?"

I can say that my job makes me a "privileged observer": for many years, I have had the opportunity to see great managers making good and bad decisions at work. The secret may be not to take ourselves too seriously ... and to know how to take risks. The important thing is to look at ourselves with detachment and self-irony, but always have the courage to take full responsibility for our actions. You never make mistakes if you act honestly.